How does Inheritance Tax in the UK work?

IHT is a FOURTY PERCENT tax on the estate of someone who has passed, ridiculous right? Just imagine all of that extra hard earned money going to the tax man rather than your own bloodline. With that, you could have an Afternoon tea daily at the Ritz, I mean who wouldn’t enjoy a fine dining experience with loved ones, snacking on some delicious sandwiches and scones. 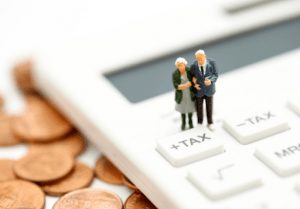 Inheritance Tax may not be favoured by the public purely because the government consistently increases its revenue, whilst the thresholds for inheritance tax have been frozen for a decade. Believe it or not, the earliest form of Inheritance Tax was introduced as far back as 1694! However, as ‘probate duty’, to help finance England’s involvement in the War of the League of Augsbury.

The modern Inheritance Tax we know and despise today, replaced probate duty in 1894 as ‘estate duty’ which was a tax on the capital value of land, simply to pay off a £4m government debt. With the taxman collecting death duties for hundreds of years, it’s safe to say, it’s not going anywhere anytime soon. HM revenue & Customs reportedly collected a whopping £5bn in Inheritance Tax in January 2022 alone, which comes shortly (after the substantial rise in inflation 7.25% don’t shoot the messenger).

Enough of the history lesson, let’s look at whats included: everything you own!

The tax free allowance for every individual is £325,000 until 2026 (announced in the Financial Bill 2021), though there’s no certainty if it is predicted to increase or decrease, I would not rule it out.

The only good thing about being married is the Inheritance Tax free benefit! If you have a spouse you can transfer any of your unused IHT threshold over for when you pop your clogs, leaving you with a joint nil rate band of £650,000 – great isn’t it?

I hope you’re still with me, we’re almost there.

What about the additional IHT allowance you might ask.

This is also known as the residence nil rate band. But who and what qualifies? Well your main residence MUST be passed on or the sale proceeds from the residence, to your children including those that are stepchildren, fostered or adopted and grandchildren when you die.

The great thing about this is that just like the standard nil-rate band, this can also be transferred if unused to your surviving spouse/living partner.

Simply put, a couple could pass on up to £1 million before inheritance tax becomes due. Aren’t your kids lucky?

On the other hand, to all my single readers, your overall IHT allowance could increase to 500k with the residence nil rate band!

But you’ve heard from Jane next door there are reliefs and exemptions too, which I can confirm there are. Let’s talk about gifting. Some gifts are completely exempt from IHT, made during one’s lifetime or on death, whilst there are others that are only exempt if made during one’s lifetime. This means that if any gift IS exempt from IHT, it will not be included when calculating the end bill.

A gift made during your lifetime to an individual, holds an invisible little 7 year clock which begins to tick the day the gift is made, whilst the countdown begins the gift is AUTOMATICALLY exempt from your estate if you survive the 7 years, another name for this is Potentially Exempt Transfers (PET’s). 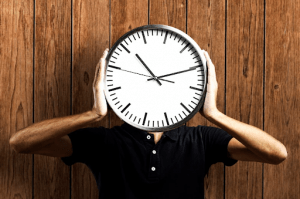 Other forms of exemptions and reliefs include:

And that’s just the beginning.

If you still don’t get this and you’re fed up listening to me, download our free guide.

Now for the most important part, that I know you’re itching for, how can inheritance tax ACTUALLY be mitigated or can it?

To answer one of your questions, yes it can be mitigated but how? Get in touch via our form and let’s sit down over a KitKat and a cup of coffee. https://inheritance-tax.co.uk/contact-us/

The Taxation of Trust Income and Gains